the symbol of the kite 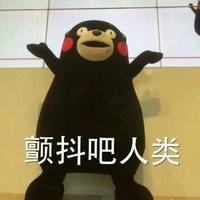 the symbol of the kite

Throughout the first few chapters, kite is one of the evidences that go through the whole novel. The kite is not only the kite which appears on the Kite running competition. It has a lot of symbols.
The kite might be the only connection between Amir and Baba, or the key to open Baba’s heart. Baba likes the kids who love to do sports more than a kid who can write a lot of amazing stories . That is probably the reason why Amir is so into the kite running competition, and is also the reason why Amir choose to keep the kite instead of defend for his friend. In his mind, to open Baba’s heart is way more important than Hassan.
And also, in the memories, the kite used to let Amir think of the friendship between him and Hassan. It can make him think of the careless days that they play the kite together. They always do the kite together and also hurt their hands together. However, when he tries to remember anything about kite again after Hassan’s rape, what he can remember is his betrayal and guilt. He always think of that why he didn’t go and save Hassan at that moment, instead of just standing right there for doing nothing and just go away from it. If he could stand out for his friend at that day, the situation might not be that bad in any ways.
Thus, the kite also shows the loyalty of Hassan. He got rape by Assef because of the kite, and he did everything that he can do to save the kite of Amir. He didn’t even scream during the rape. Or even tell Amir what just happened to him. What Hassan did are all for Amir to win the kite running competition. Thus, through the kite scenes, we can find out Hassan’s loyalty.